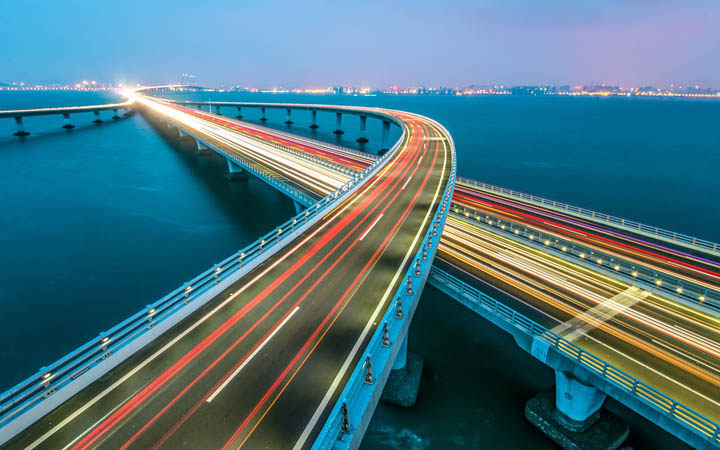 Bridges have been a hot-topic as of late. The recent interest in the longest bridges is thanks to British politician Boris Johnson’s, whose recent comments about the UK and France needing a bridge over the English Channel sparked immediate criticism between journalists and citizens alike.

The criticism stemmed from the idea that such a bridge over the 22-mile-long Channel would be ridiculous. However, this time, it’s the masses that have it wrong. Here are ten of the longest bridges in the world, feats of engineering that prove such an impressive bridge span is not only possible, but probable. 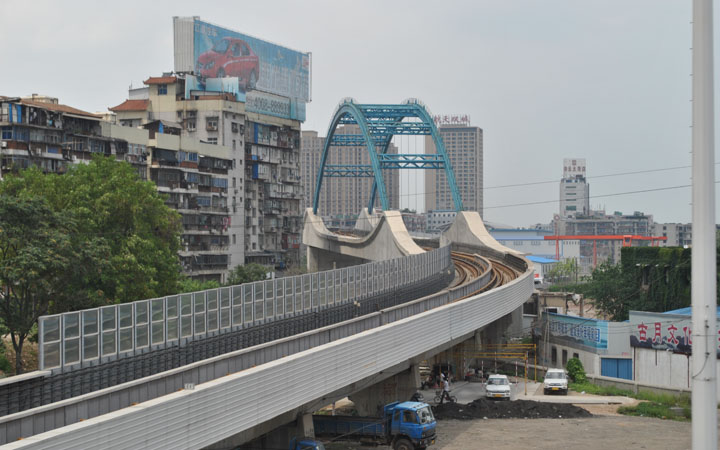 Line 1 of the Wuhan Metro system of Wuhan, China in Hubei opened up for public use in 2004. Originally, it was considered a light rail rather than a bridge due to its elevation. However, it has since been re-categorized as a bridge and has continued to expand since its original indoctrination. Approximately 210,000 people travel Line 1 every day. 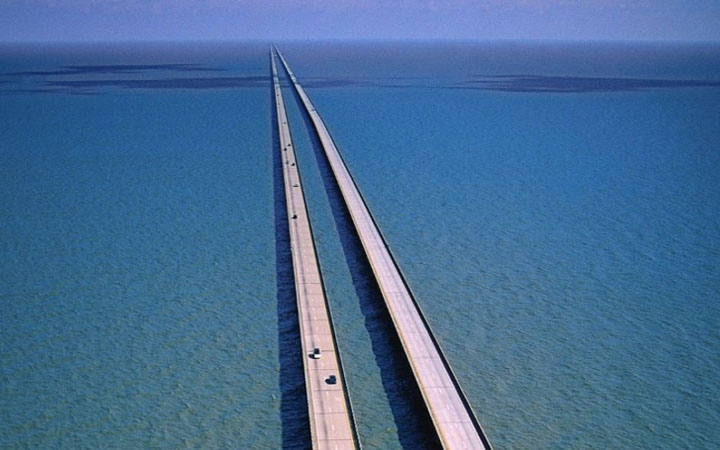 This bridge, located in southern Louisiana, carries passengers over Lake Pontchartrain and stands as the longest bridge in the United States. It has a twin sister bridge that is slightly shorter, but their purpose was one in the same: to provide a means of transportation through a series of islands that would go on to house communities of people.

However, the building phase of the islands themselves was never reached, so now the bridge just provides a means to cross the lake and has become a tourist site as the longest bridge in the United States. 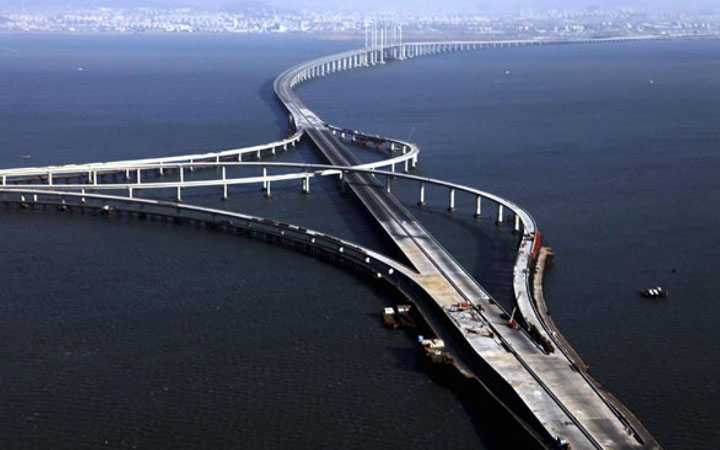 This Bankok, Thailand bridge, also known officially as the Burapha Withi Expressway, was once the title-holder of world’s longest bridge. While it may not be the longest anymore, it still stands 6 lanes of traffic wide and elevated, it may still qualify for one of the biggest bridges.

Tied with the Burapha Withi Expressway is the Hong Kong-Zhuhai-Macau Bridge. This bridge is actually a link of three cable-stayed bridges and an undersea tunnel. It spans three islands, a channel, and connects three major cities in the region. It was recently completed in December of 2017 and hasn’t yet opened to public traffic. 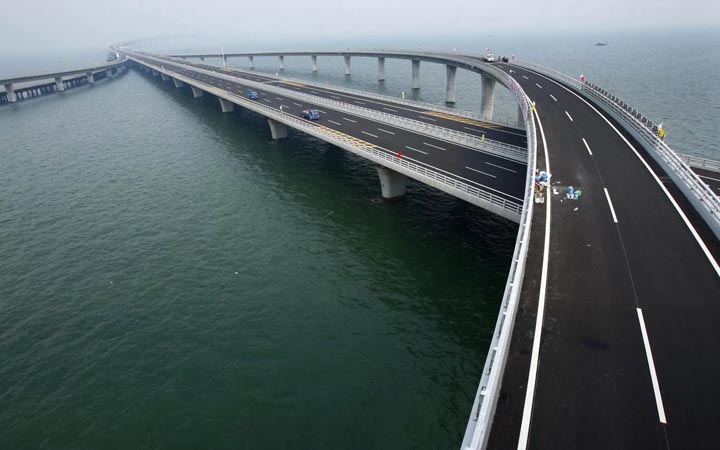 Another one of the biggest and longest bridges in the world is the Winan Weihe Grand Bridge in China, nicknamed the Wei River Bridge for short. It operates as a part of the Zhengzhou-Xi’an High-Speed Railway and spans over various terrains, including highways, railways, and rivers. 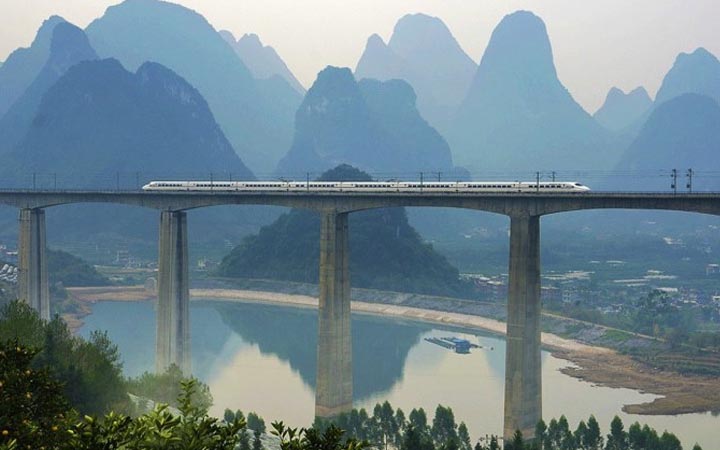 The Beijing-Shanghai High-Speed Railway is no stranger to insanely long bridges, and this is only the longest bridge on that railway alone. It was built in 2009 and was engineered specifically to withstand the forces that earthquakes produce. Like the Wei River Bridge, this engineering marvel spans various terrains and crosses numerous rivers (including the Wei River). 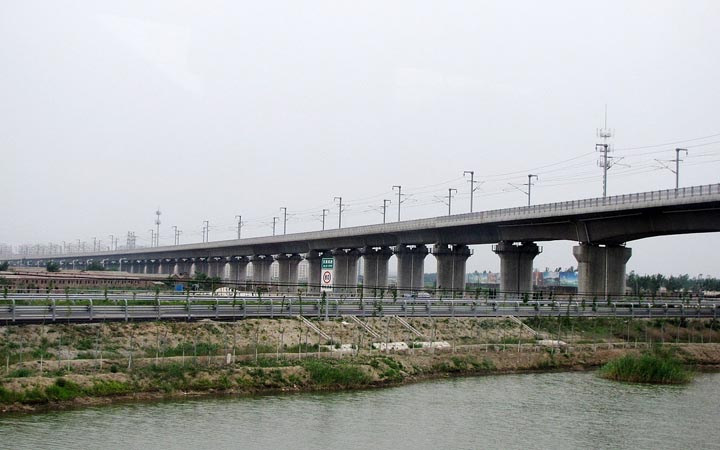 70.7 miles might seem like the absolute limit fathomable by modern engineering when it comes to bridges, but this marvel stands only in spot number three. It was completed in 2011 and, like many others on this list, makes up a portion of the Beijing-Shanghai High-Speed Railway. 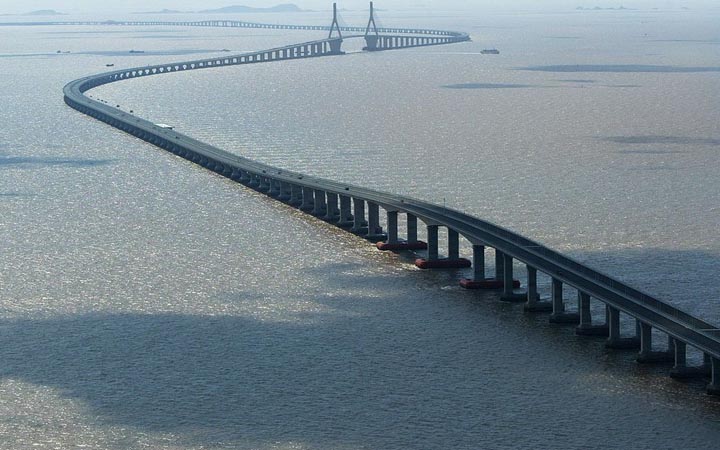 An unimaginably impressive length of 97.8 miles sends the Changhua-Kaohsiung Viaduct soaring into the number two spot on the top ten longest bridges in the world list. This incredible bridge is part of the Taiwan High Speed Rail Network.

It’s busy year-round with passengers, as it’s estimated that it has transported over 200 million passengers since December of 2012 alone.

Like the Cangde Grand Bridge, the Changhua-Kaohsiung Viaduct is earthquake resistant and has numerous safety measures in place to prevent loss of life in the event that an earthquake does occur along the trip.

It has also been engineered to be easy and quick to fix so that any damage created, such as by an earthquake, causes only limited interruptions to its transit schedule. It’s a true testament to the value of practicality.

If you told somebody 50 years ago that there would be a bridge that was over 100 miles in length, they would have laughed in your face. The Danyang-Kunshan Grand Bridge stands in the face of skeptics at an unfathomable 102.4 miles. It’s no surprise that the longest bridge in the world makes up part of the Beijing-Shanghai High-Speed Railway, either.

The bridge was completed in 2010 and opened up to traffic in 2011. It spans various terrains including urban areas, highways, rice paddies, rivers, lakes, and forest. The entire bridge cost $8.5 billion to construct. Of course, this also makes it one of the biggest bridges in the world.

When stacked up against other bridges that have been built around the world, especially in China, a 20-some-odd mile bridge across the English Channel doesn’t seem like such a bad idea after all.

This list proves the idea to be not only possible, but a relatively easy build. However, the sea water terrain may prove a challenging feat in and of itself. We’ll just have to wait and see for ourselves!

Here Are 10 American States With The Most Dangerous Drivers

10 of the Creepiest and Most Mysterious Places in the World