New Year’s Eve was your final chance to let your hair down, wear your favorite outfit and celebrate surviving another rotation around the Sun singing the first couple of lines of the same lilting song “Auld Lang Syne” and politely mumble the rest into your champagne glass.

From Scotland to Denmark and Spain to South Africa, places around the world enjoy this special holiday by exploding fireworks, partying, and drinking a toast to a happy and healthy year to come but each would celebrate it with their unique cultural traditions.

Here we have chosen for you the fascinating New Year’s Eve celebrations around the globe.

So, if you are interested to find out how people are
celebrating the same day in other parts of the world
click on Next to move to the next page! 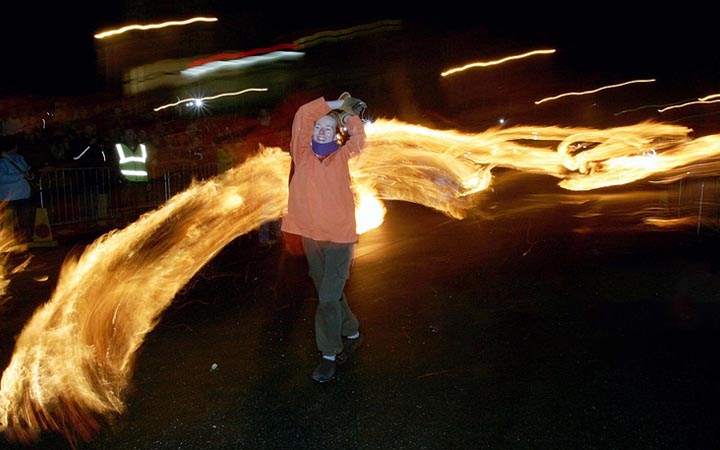 Every year in the North Sea coastal town of Stonehaven, about 45 of trained professionals and strong Scots with their traditional kilts light up the streets by whirling balls of flame over their heads and then toss them into the sea sending showers of sparks into the watching crowd.

This terrifying yet exciting spectacle takes place at the stroke of midnight on December 31 and it is considered to be one of the most dramatic and famous of Scotland’s many New Year’s and Hogmanay fire festivals.

This tradition is believed to be a pre-Christian ritual that dates back over 100 years. It is practiced with the belief to purify and ward off the evil spirits. While many other Scots do believe that the fireball symbolizes the sun. 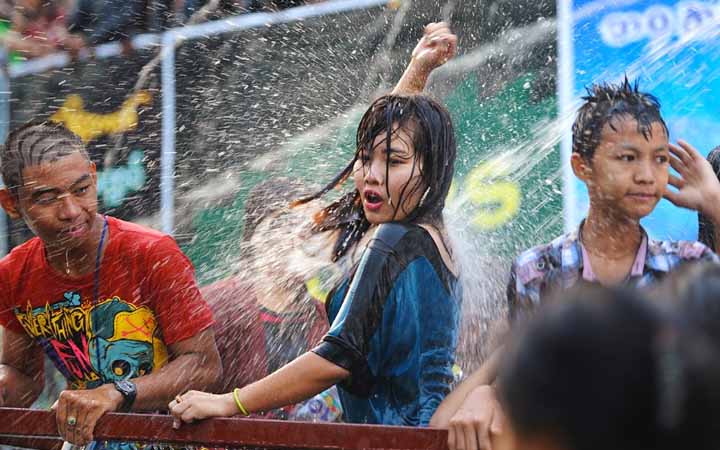 It is really interesting how people around the globe celebrate the New Year’s Eve according to their own beliefs and traditions. Every place has something special to offer to leave you amazed and Burma is just one of those places where the New Year is marked by the Thingyan water festival, which is a type of cleansing ritual.

The Burmese people believe that in this special event, the Thagyamin, the Buddhist king of Devas makes his descent to earth from his celestial abode. Therefore, in most of the towns and cities, this soggy celebration lasts until New Year’s Day and is marked by the firing of many water cannons.

Also, people would pour pots of scented water onto the ground with a prayer believing that this will wash away the bad luck and the sins of the previous year. 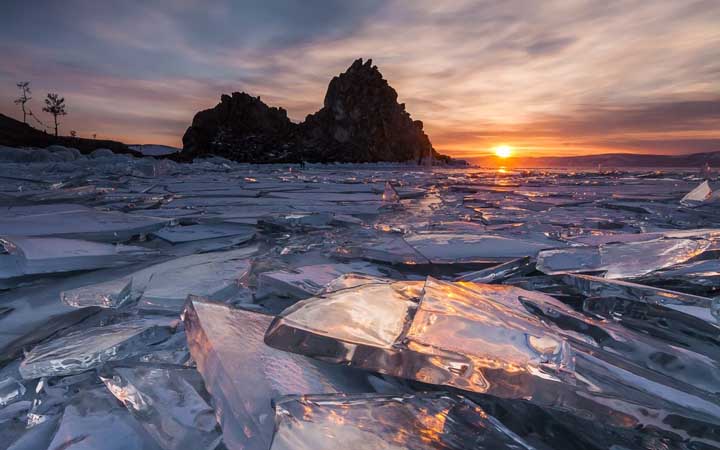 The world says goodbye to 2017 and welcomes 2018 with fireworks, revelry, and prayers but Siberia chooses to celebrate it differently.

When this time of the year arrives, Brave Siberian divers volunteer and dive into the frozen lakes and rivers to plant the Christmas tree or rather the yolka trees underneath the frozen water surfaces.

This traditional practice is a symbol of starting over and opening a new white page in the journey of life. This planting tradition also signifies the coming of Father Frost.

The celebration is not yet over, New Year’s Eve would have no meaning to Siberians if they don’t take the challenge to jump into the frozen lakes! Brrrrrr. 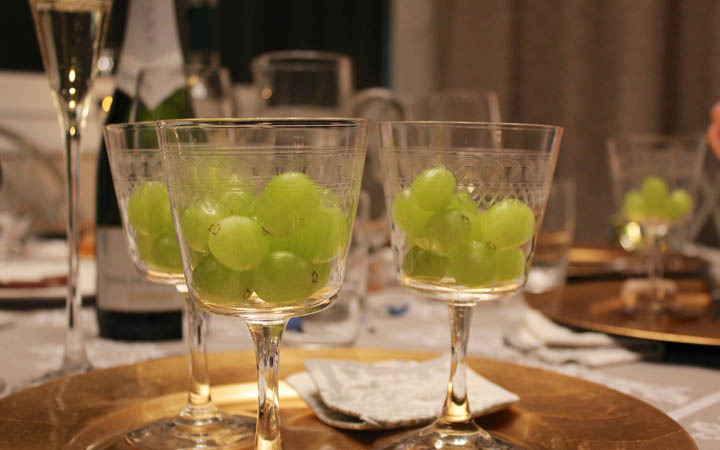 While some people will leap, jump, throw or very simply toast a few glasses of wine on New Year’s Eve, The Spanish stuff themselves with round fruits. Oh, yes the Spanish seems to take it to a whole new level. Right at midnight, twelve grapes must be eaten where each grape actually representing one month of the year.

Therefore, with each chime of the clock, a grape should be eaten. Managing to eat all the 12 grapes in a minute is not an easy challenge but if you succeed and ate them all, you will ward off the bad luck and be lucky for the rest of the year.

Carrying on with New Year traditions, in China, don’t be surprised to see the red color everywhere. Chinese people believe in the power of the red color. It is the symbol of happiness, wealth, prosperity, and a sign of good luck.

Therefore it is one of the necessities in such special occasions such as that of New Year. Especially that the Chinese do strongly believe that New Year’s Day symbolizes a new start and fresh hopes and it is the day that sets the tone for the rest of the year, so everyone makes sure to dress well and wear red.

When New Year is near, all the doors in China are painted in red and if not red cutouts are placed on windows and doors as a sign of good luck for the new coming year. The red color is not only to be worn and displayed in New Year celebrations but also in all other happy occasions such as weddings. 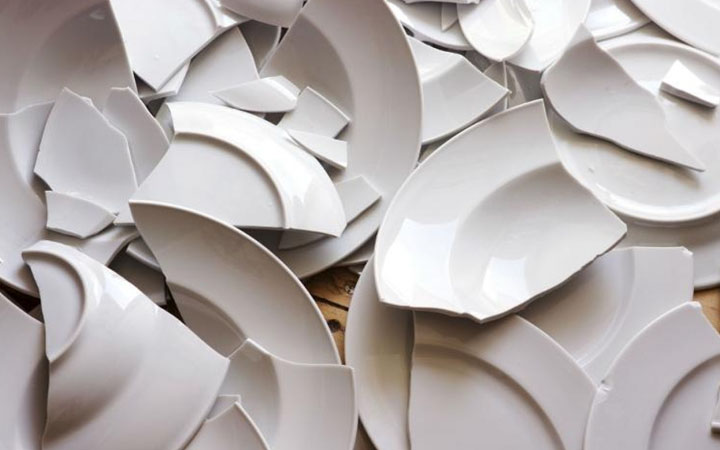 If you want to be part of a crazy and interesting New Year tradition in the future, then Copenhagen is the best place to be on the 31st December. Should you not be alarmed if you hear a lot of crockery breaking. It is actually in Denmark a sign of good luck and affection.

People would smash the plates and break the glasses against the doors of their family and friends in order to bring them good luck and of course, save on washing the dishes! 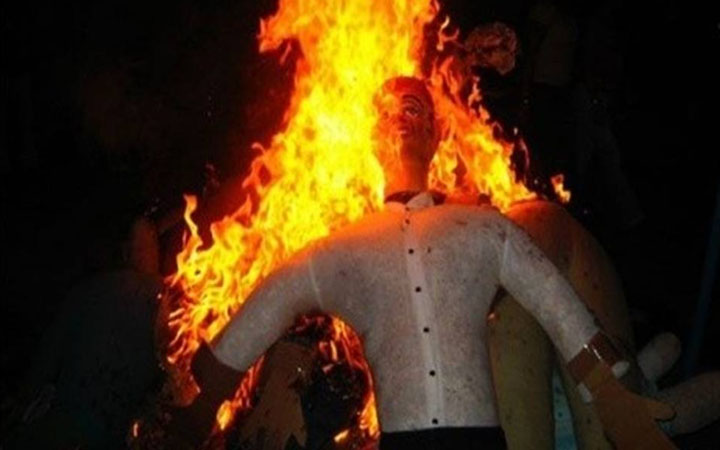 It is always fun to spend the New Year celebration in Colombia where you can eat, drink, and dance until you’re satisfied. In addition to this, Columbian people have some unique traditions that cannot go unmentioned.

They make large puppets or scarecrows and burn them believing that by doing so they leave all that is old, bad, and past behind. The tradition is equally found in Ecuador and usually the puppets made to look like those who have died or those people you hate and dislike and symbolizes the old year. 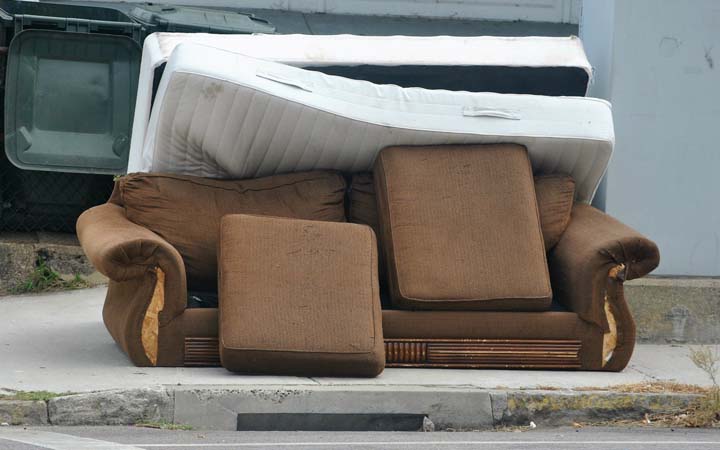 Of all the crazy, dramatic, and unique New Year traditions on this list, Hillbrow, Johannesburg may win the prize for being the most hazardous one. People throw their old furniture out of the window to get rid of their problems and welcome a new fresh start.

Today, this tradition is not common as it used to be in the past and flying furniture is rarely seen, still, it is important that you take your caution at midnight time if one day you decide to spend New Year’s Eve in Hillbrow. Who knows, you might end up with fatal injuries!

People living on this part of the world used to stock the different kind of furniture including old fridges, washing machines, sofas, and many others in order to practice their tradition on New Year’s Eve. Luckily, this tradition has been condemned as dangerous and it’s no longer a popular practice especially from a tall building. 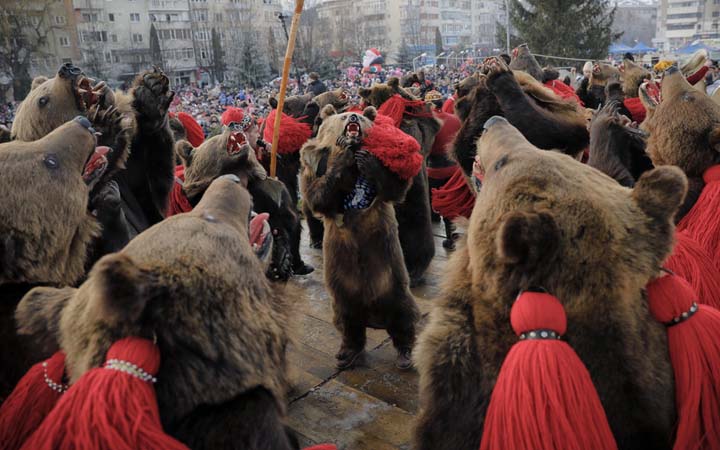 What is good about traveling is that you tend to closely discover new cultures, traditions, and beliefs that you might have never heard of before. Romanians celebrate the New Year’s Eve in a very special way.

They dress up as the native bears of the Romanian forests and perform “the dance of the bear” to ward off the evil and bad spirits. They also wear gypsy costumes and chain the bear to symbolize the end of the old year and welcome another lucky new one. 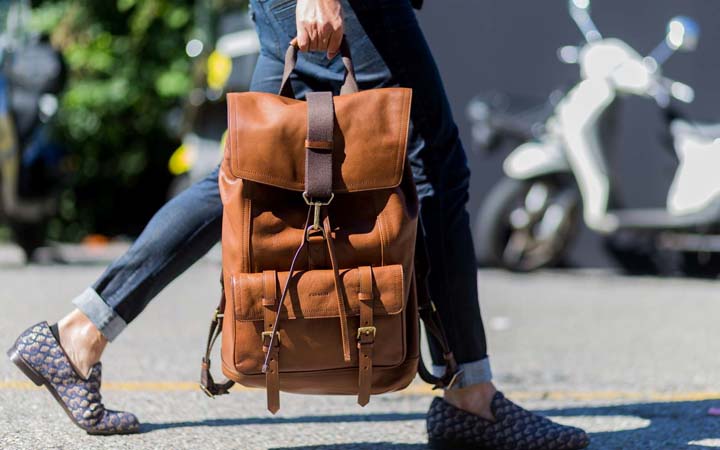 If you happen to be on the streets of Ecuador in New Year, you could be fooled thinking that everyone is traveling somewhere. No one is traveling. Ecuadorians would carry empty suitcases and run and walk around the block hoping that the New Year will be filled with travel.

But if you’re not in the mood and you don’t feel like running, you can do it the easy way. Grab your empty suitcase and walk in and out of your front door 12 times.

The 10 Most Destructive Natural Disasters In The History

Top 10 Countries With The Worst Education System In The World

9 Of The Most Interesting Facts About Flight Attendants