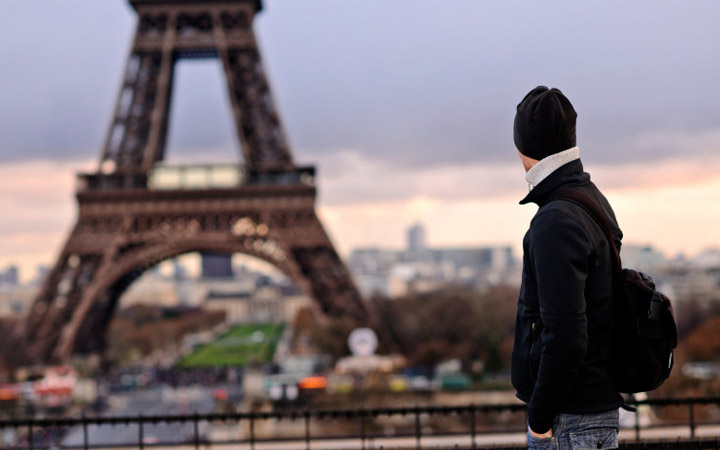 Being able to visit other countries and immerse ourselves in a completely different culture is a great privilege. And nowadays, it is becoming easier and cheaper than ever!

All you have to do is keep an eye on your favorite travel websites or travel apps until you can find a flight ticket to a destination you are eager to visit at an affordable price. If you are more of a traditional traveler, you can even visit your local travel agency and ask a travel agent directly to see if there are any promotional offers on specific dates.

There are two things that you should always carry in your travel backpack on every trip you make: respect and tolerance. Especially when you are visiting a country whose culture is very different from yours; different habits, manners, and people.

In that case, it is always important to do some prior research and read a few destination reviews to try to understand how to minimize the culture shock as much as possible.

Because what is considered normal and ordinary in the United States can be considered rude in Russia, China, or even in another western country such as France. Or, it might even be considered a crime. If there is one thing that you are going to learn from this article, it’s that there are some strange laws around the world.

Here are X common things you should never do in other countries!

In many cultures, tips are a form of appreciation for the quality of the service provided. In others, such as in the United States, they are almost a mandatory requirement and waiters depend on them to get a decent overall wage. Whatever the case, tips are always welcome. Except in Japan.

The Japanese culture considers that tips can be rude and even degrading. It’s like the client is assuming that the waiter needs that charitable gesture to get a reasonable salary. Some restaurants even mention at the end of the bill that their staff is paid an above-average wage, so there is no need for the client to tip.

In Singapore, it is illegal to feed the birds in some locations. This might sound weird, but there are good reasons for this law, namely the protection of public health. Birds carry diseases that spread potentially dangerous infections to humans such as salmonella, E. coli, cryptococcosis, and histoplasmosis, etc.

The fines for bird feeders can be extremely high. In 2018, a man was fined 1,500$ for five counts of pigeon feeding. To be fair, we did warn you that there are some weird laws around the world.

3. Waving as a form of greeting in Greece

If you usually wave your hand with the palm of your hand faced towards the person and your fingers well spread and you plan to visit Greece, be careful.

This gesture is very similar to the “moutza,” the most traditional gesture of insult among Greeks. It’s quite similar to giving someone the middle finger. The closer you do this to the other person, the worse.

In case you need to signal the number five with your hands in Greece, do it with the palm of your hand facing you. Believe us, this will prevent some misunderstandings.

4. Kissing in public in India

Public demonstrations of love such as hugging and kissing are unacceptable in some Indian locations and might even get you arrested for public obscenity.

The problem is that the Indian law is very vague in regard to what can be considered as an “obscene act,” so it can be misused by the police to harass people. To ensure your safety and that of your partner, it is best to limit the demonstrations of love in public.

Being accused of a crime while you’re out of your country can be very dangerous and get you into serious trouble.

5. Walking in the bike lanes in the Netherlands

Dutch people are very serious about their bicycles. After all, bikes are their primary means of transportation, and they can get very upset when they notice people walking in the overcrowded bike lanes. If you think about it, they are totally right. Wouldn’t you be angry if all of a sudden tourists started walking in the middle of the roads in your hometown? We bet you would. It is a very similar situation.

6. Honking in Norway and New Zealand

In many countries, people honk because of anything and everything: to greet an acquaintance, to signal danger, show appreciation, or to complain about another driver. But these “social” rules are completely different in other countries such as Norway and New Zealand.

In Norway, the car horn is exclusively used in emergency situations. So, if you ever visit this country and rent a car to explore the surroundings, use the horn solely during an emergency. Otherwise, you will scare other drivers. They will get out of your way thinking you urgently need to get somewhere such as a hospital.

In New Zealand, using the horn is considered extremely rude. The only legitimate way to use the horn is to thank another driver for their behavior. In that case, you should do a quick and light honk.

7. Eating everything on your plate in China

It is fascinating how unique Asian culture is. And no, we don’t need to mention any “weird” law in China to prove this point. Instead, let’s have a look at a simple social practice.

If a guest eats everything on their plate without even leaving a single crumb of rice, the Chinese host will be solemnly annoyed. That’s because he or she will think the guest is leaving a clear message that they haven’t provided him enough food.

Furthermore, burping audibly is perceived as a compliment to the quality of the food and a sign of satisfaction with the quantity provided. It is amazing how one behavior can have completely opposite meanings.

10 Of The Best American Seaside Destinations You Need To Visit

10 Interesting Secrets Flight Attendants are Hiding from You

Top 10 Impressive Hotels With The Most Comfortable Beds